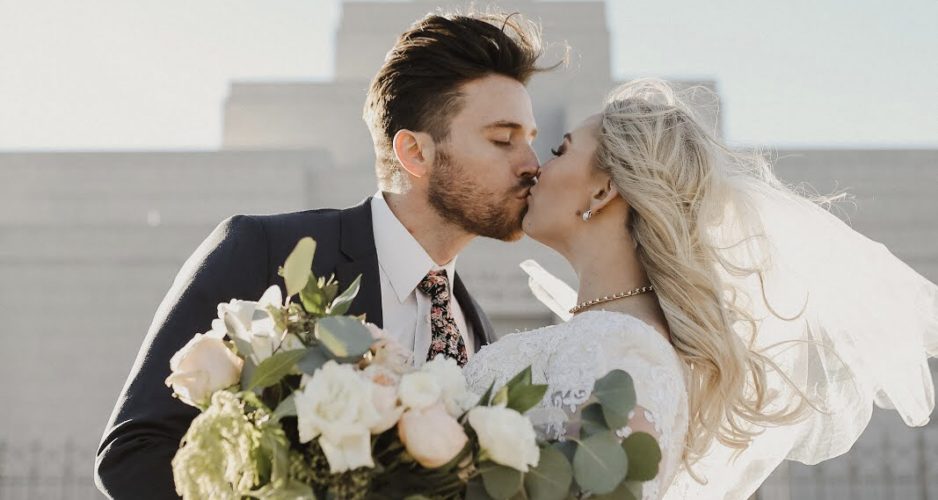 I don’t know if many of you know, but getting married at the Draper temple almost ensures a windy day. At first thought, this could be considered something to avoid or work around. However, as I’ve actually seen with the Draper temple, the pictures turn out stunning and “modelesque”. The veil blows seemingly in the wind and hair doesn’t look flat, but instead voluminous. Also, it goes without saying that the Draper temple is one of the most beautiful temples out there! There is definitely a reason so many couples, including this one, decide to be married there!